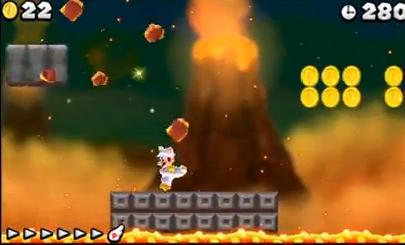 Next month, New Super Mario Bros. 2 launches on the 3DS and will bring all of it’s loot with it. We know all about the coin gimmickry in this installment, but Nintendo have now released a trailer to show off the gameplay in action.

It looks like your solid platforming fare with the previously announced coin collecting in tow, but this trailer goes a bit further and shows the new White Tanooki hat power-up, which features the classic run and fly mechanic for players who are stuck in a level. Remember the “P” in Super Mario Bros. 3? Well, it’s like that, but with invincibility. New Super Mario Bros. 2 launches on August 19th for the 3DS.

Atari Reving Centipede on the Wii & 3DS with “Centipede Invasion”..