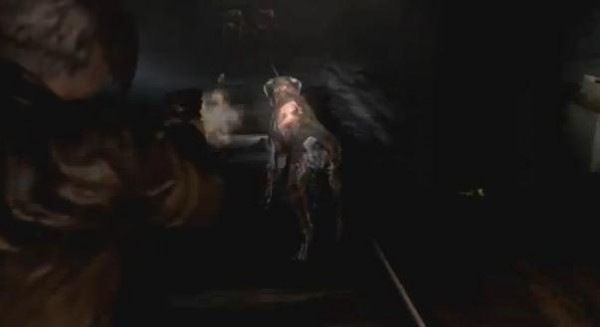 Capcom had a lot to show at Comic Con this year due to Resident Evil 6, with 3 new demos being displayed featuring Jake, Leon, and Chris. Capcom have now posted Leon’s demo live in a slick viewable format, along with some commentary from Eiichiro Sasaki, Director of Resident Evil 6.

The commentary itself can be seen below, and pretty much sums up what went into making this part of the game, as well as a good bit of the story that we are watching unfold. Check out the clip as well below after giving these words a read, and stay tuned as there should be even more RE6 coverage to come as that October release date looms closer.

“This was actually one of the first three stages we created two and a half years ago, along with Chris’s arrival in Lanshiang at the start of his campaign, and a stage where Jake is chased by the Ustanak. This was at a time when we were trying out different things in terms of technology and direction.

With this stage we wanted players to experience the fear of walking through the darkness. Light and shadow play a very important part. The initial concept was a scene in a curved tunnel with a large crowd of zombies at the far end, lit so as to be visible only as silhouettes.

The lighting in this scene is mostly static, from environmental sources, but you will also notice that situational light effects such as muzzle flashes, passing trains and even Leon’s limited-range ear-light all produce momentary effects where zombies’ faces are lit up.

Another thing about this scene that’s quite interesting is something we call “scare lighting”. I’m sure you’ve all sat in the dark and shone a torch on your face from below for that scary effect. We wanted to reproduce this effect in the game, so there is light shining up on the zombies and making them look scarier. It’s not “realistic” in the sense that, unlike with Leon’s ear-light and other environmental lighting, there is no actual light source underneath the zombies in the tunnel location, but I think it produces a great cinematic effect that works well in the context of the scene.”