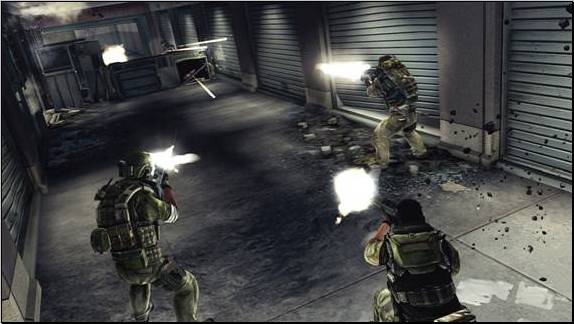 Ubisoft have just announced that Ghost Recon Future Soldier’sDLC Arctic Strike is now available for purchase. In celebration of this, they have also released a new trailer as well as a Developer Q&A that we will reproduce below. The trailer itself showcases some of the coolest parts of the new DLC and looks like it adds some amazing content to the game.

The Developer Q&A is as follows –

When will it be available ?

Arctic Strike is out this week on both PS3 and Xbox360

Arctic Strike will feature new multiplayer maps, what are these maps?

Riot puts players on the streets of downtown Moscow. The empty streets provide long engagements as the enemy darts between burned out vehicles. The tight corners of the alleys provide excellent locations to ambush your enemies with a shotgun or a well placed piece of equipment.

Evicted continues the fight on the streets of Moscow as battle erupts in a sleepy residential neighborhood. With long alleys between the large apartment complexes, snipers are a valuable resource. Sensors and UAV’s are less effective in this expansive location. Communication is key to track and control enemy movements.

Skyline is a two level CQB nightmare. Connected by tunnels and stairwells, the limited access points provide excellent locations to set traps. Snipers exchange fire between towers and cover their teammates as they advance into enemy territory. A skilled UCAV or UAV pilot can push the enemy out of the open area and into the kill zone.

If you’re looking for intense action the new guerilla map “Arctic Base” is made for you. It’s one of the most challenging Guerrilla maps we’ve ever made as we’ve added a third HQ much harder to defend. There are many strategic high spots on the map that allows you to cover your teammates but you will have to be careful if you decide to split your team

What is the inspiration for these new maps?

The community asked for larger maps so we designed spaces that were bigger and had more navigational options than the maps that shipped with GRFS.  Visually, the Moscow campaign maps were very exciting to us but we didn’t focus on this theme for the original ten maps.  We decided that our first pack would expand on the story of the final missions of the campaign and take the fight into the heart of Russia.  The wide open spaces of the Moscow theme matched our desire to construct larger spaces that slow the pace of the experience and provide additional options for a well coordinated team.

The overall objective in Stockade is simple: kill without being killed, eliminate the entire enemy team before time expires.

Players wait in the Stockade in the order they are killed. A player is released each time an enemy is eliminated. Every few minutes an objective appears for each team that, if captured, will release your entire team from the Stockade.

In the event of a tie, teamwork points are used to determine the winner. Stockade is playable on all 13 multiplayer maps.

Here are some pro tips to get you started. Use the objective as bait. Ambush your enemy when they try and free their teammates. Don’t use your objective if only one teammate is captured. And finally, one data hack almost guarantees a victory.

Could you tell us more about the new weapons that have been introduced with Arctic Strike?

(Ghost) F2000: 5.56x45mm Assault Rifle. Unlike many bullpup rifles, the F2000 features ambidextrous controls and a unique casing ejection system. Its compact design makes it highly maneuverable. It also features a high rate of fire, but recoil is easily controllable.

(Bodark) S805: 5.56x45mm Assault Rifle. The S805 is a highly customizable gas operated modular rifle. Since the rifle is chambered in 5.56x45mm, recoil is very manageable when compared to other Bodark weapons.

(Bodark) Type 05: 9x19mm Submachine Gun. The Type 05 is a unique bullpup SMG with an integrated foregrip, which improves the weapon’s stability while on the move. The threaded barrel allows for the easy addition of a suppressor.

(Ghost) MP9: 9x19mm Submachine Gun. The MP9 is an extremely lightweight SMG. It features an integrated foregrip which helps improve the weapon’s stability while on the move. The unique appearance of the muzzle allows for the easy addition of a suppressor.

(Bodark) OCP-11: 5.45x39mm Personal Defense Rifle. The OCP-11 or ‘Popov’ combines the durability and simplicity of Russian firearms design with the modularity of Western weapons.  The small round and large ammunition capacity allows for a high volume of controlled fire with relatively light recoil.

There are new achievements right? How do you unlock these?

Stockade Domination – Be part of a squad where your team eliminates the enemy in under 2 minutes. (10 points, Bronze Trophy)

With the GR Network at the heart of our multiplayer experience, how could we NOT integrate Arctic Strike deeply in the GRN?

–          We’ve added in GunSmith on web and mobiles the 6 new DLC weapons, available for everyone to customize. On top of this, the GunSmith Gallery now supports those weapons being posted by users. 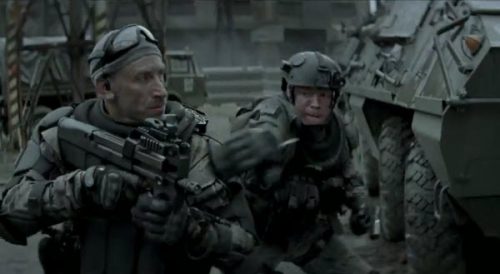 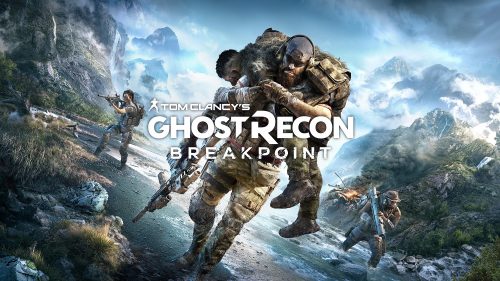