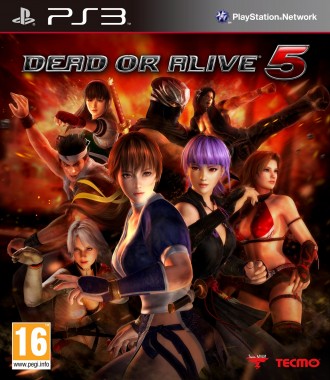 If for whatever reason you didn’t like the simple yet elegant box art that Dead or Alive 5 featured before, then you will be happy to hear that the box art has been changed and today Tecmo Koei revealed the finalized box art for the title. The final box art can be seen to the right and is clickable for those who want to see it in super hi-def. It is interesting to see that the female characters take the foreground though the lack of Hitomi is saddening.

To go along with the release of the game’s final box art, Tecmo Koei also released the final package of the Dead or Alive 5 Collector’s Edition which can be seen below. As with the box art, those who wish to see an extra large version of the collector’s edition need only click the picture. For those who don’t know, Dead or Alive 5’s Collector’s Edition will contain a steel book case, a soundtrack CD, the game itself of course, a Kasumi poster,  a voucher for both Swimsuit costume packages, one of which can be seen here, and even a hardcover art book. 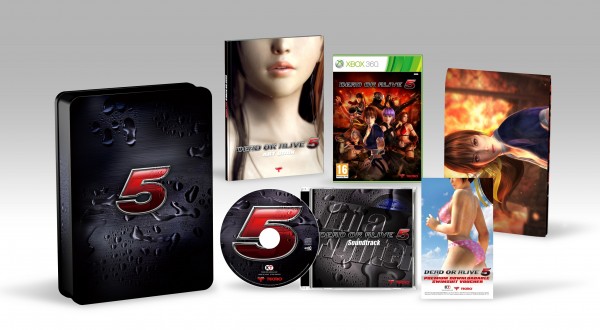 New Team Ninja game to be announced at TGS