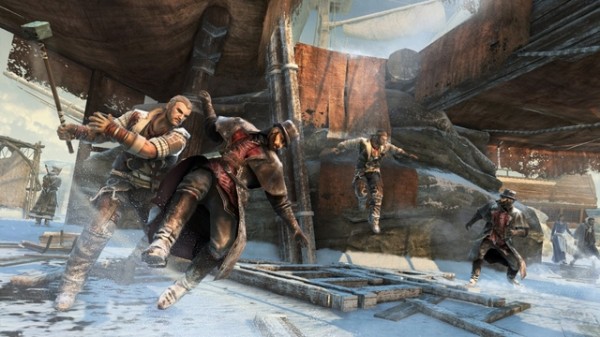 Ubisoft today announced that they will have a season pass for Assassin’s Creed III and that the game will be following the trend of getting a season pass for all of the future DLC that will be later announced for the game. This came as no surprise due to all of the rumors and photos of the season pass being up for pre-order on the Playstation Network and how Ubisoft also sent out a little scroll press releases to Gamestop’s across the country to help them get ready to start allowing pre-orders on the season pass.

During the official announcement made by Ubisoft today regarding the season pass, they also said that they have a whole developer team dedicated to the DLC for Assassin’s Creed III post release. This just means that we can expect loads of post content for the game!