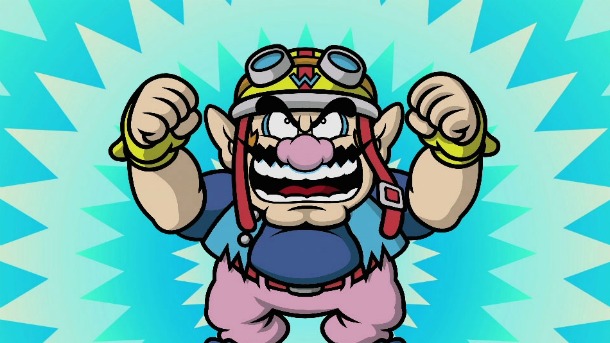 Warioware games are usually among the first titles on each new Nintendo console or handheld to really demonstrate the possibilities afforded by the new tech. The Wii U continues the trend with the tentatively-titled Game and Wario, a collection of mini-games that has you using the GamePad in various ways.

Nintendo pretty much glossed over Wario’s latest outing at their E3 conference, but several of its mini-games were playable on the show floor. 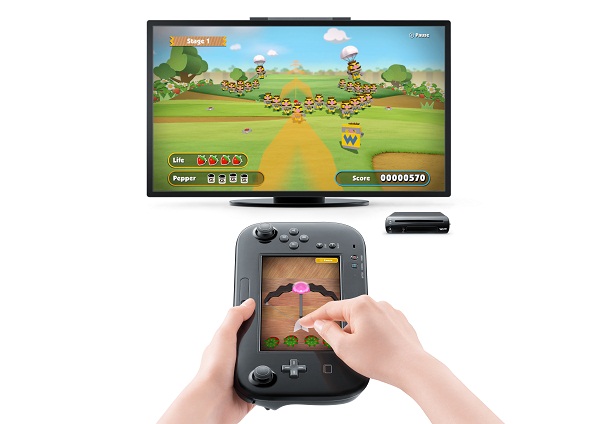 In Arrow (not sure if that’s the mini-game’s name or just a vague description), the GamePad’s touch screen becomes a crossbow, and players must aim it at the TV screen and fire arrows at approaching enemies. It’s a basic variation on the old arcade-styled lightgun gameplay. If enemies get right up close to the camera, they’ll jump off-screen and into the touch screen. As they begin to march across the GamePad from top to bottom, players must tap them to stop them reaching strawberries at the end. 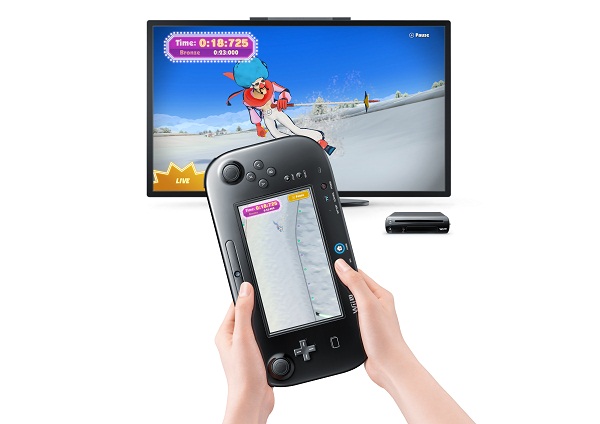 The skiing game takes place entirely on the touch screen. Players use the controller’s gyroscope to steer a skier downhill in a 2D top-down view, while the TV displays a 3D live feed of the action.

The third one on show presents players with a street scene populated with cute little characters, some of which are secretly criminals. As a photojournalist, there’s a few  mugshots along the bottom that you need to search the scene for and snap photos of them. When you find them, point the GamePad towards the TV screen and it will zoom in on them. Snap a photo, and flick the GamePad downwards to send it to the TV screen, where your editor rates the image. 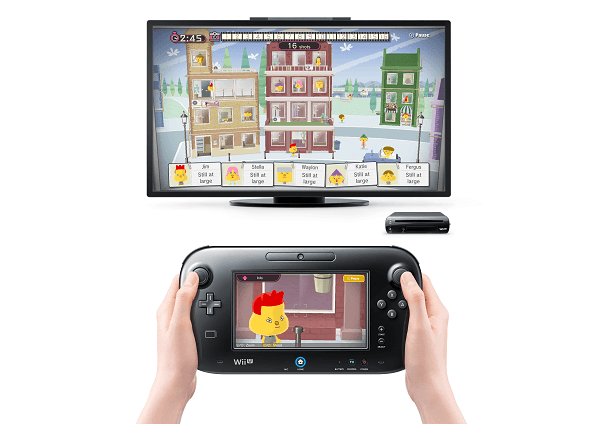 Obviously this is just a fraction of the mini-games on offer in Game and Wario. These ones do a good job of demonstrating the different ways the GamePad and the TV can interact, and the game possibilities this relationship can create.  I only hope that third-party developers will bring as much creativity to it as Nintendo undoubtedly will for their first-party games.

The lack of attention Nintendo have given the game indicate it probably won’t be a launch title, but a guess would put its release in the early months of 2013.