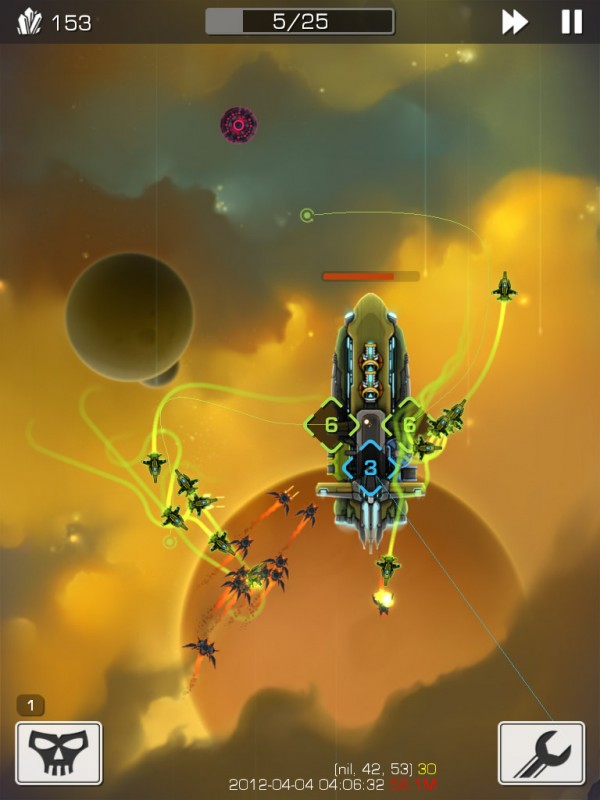 6waves has  announced the released date for their latest game. Strikefleet Omegaon is developed by Harebrained Schemes, the team behind Crimson: Steam Pirate and the original Shadowrun. Players will take control of the EEF Retribution and several squadrons of starfighters as they fight to survive against waves of alien attackers. Players will draw out paths for their units as they protect and run mining operations that will provide the resources for upgrades to their fleet. The game boasts 40+ campaign levels, dozens of ships and 20 enemy types.

Strikefleet Omegaon will be released June 21st, 2012 on the iTunes App Store, Google Play, and Amazon and will be free to play.