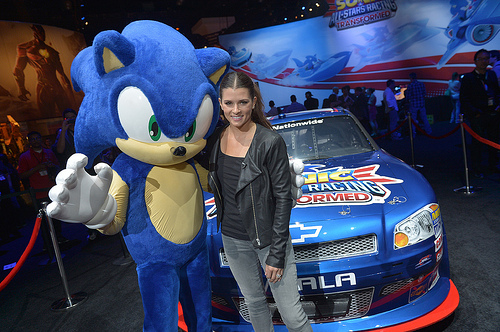 SEGA of America announced at this year’s E3 that Danica Patrick will be appearing alongside Sonic the Hedgehog when he gets behind the wheel again in Sonic & All-Stars Racing Transformed. Players will speed across land, air and water in fully transforming vehicles.

Known for her talents behind the wheel as a NASCAR and JR Motorsports driver, Danica will be a playable character with customized vehicles in Sonic & All-Stars Racing Transformed. Gamers will get the chance to test their racing abilities as Danica against an All-Star cast of SEGA characters including Sonic, Knuckles, AiAi and others.

Sega Release new trailer for the Wii version of Thor…