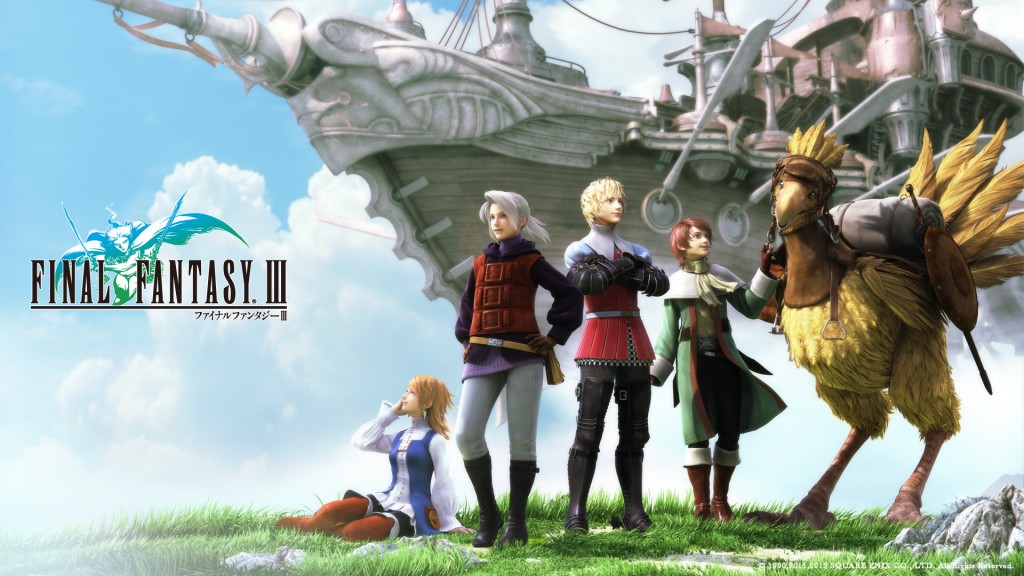 Over in Japan, Square Enix is bringing the third game of the Final Fantasy series to the Playstation brand for the first time on the Playstation Portable, according to the latest issue of Jump. The game will be based on the DS remake, which feature 3D models, instead of the other early main series PSP titles, which featured updated sprites. The game will be available at retail or via the Playstation Store on September 20. Retail copies will be sold at ¥3,990, while PS Store copies will be available at ¥3,300. The official site is up and running right now. While it is being developed for the PSP, it will also be available for Vita due to the Vita’s PSP compatibility feature.

Features from the iOS port are being added to this version. In addition, players can expect widescreen support, gallery mode where players can listen to BGM and see illustrations, an option to switch to the original Famicom music and an auto battle option that doubles the speed of battle. Screenshots and a teaser trailer were released, which you can see below. There is no word on whether the game will reach the West. While the PSP is practically on the way out, Final Fantasy, Final Fantasy II and Final Fantasy IV have all made the jump. Maybe they could offer it as a download.