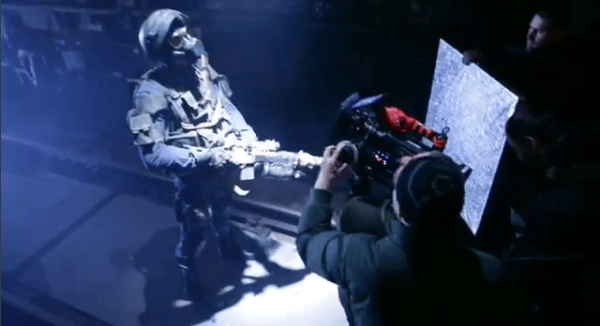 You should have all seen the live action film Enter the Metro by now (if you haven’t, shame on you, you can watch it HERE). To read about the original film head on over to our article HERE. Enter the Metro really is a true epic.

So, in the spirit for any epic, there is also a behind the scenes featurette showing all the work that went into the movie. And it is quite an interesting behind the scenes look at where it was shot, some of the actor’s screen tests, and the ideas behind certain concepts.

It puts more weight to the film, and helps to show things that you may not have caught the first time around, as well as pinpoint some of the stuff that you couldn’t quite place, such as the importance of the haunting lullaby.

Watch the Behind the Scenes video below, with interviews with various crew members, for a great insight into the short film.

Metro: Last Light is being released on PC, Playstation 3, Wii U and Xbox 360 in early 2013. Keep tuned to Capsule Computers for more information on the game as it comes out.

Metro 2033 available for free from Steam until Dec. 16