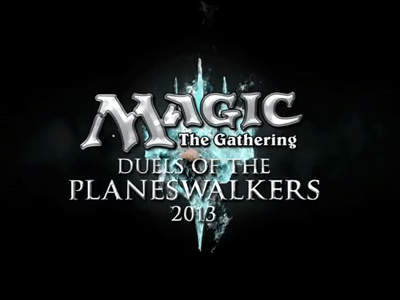 Want to play the newest Magic the Gathering video game, but want to be able to do it on the go? Do you wish your game was more portable? Ever wondered if it was really possible to play card games on motorcycles? (assuming you’re riding in a sidecar?) Well good news is on the way from Wizards of the Coast. Duels of the Planewalkers 2013, the third instalment in the DotP series is now available for the first time on Ipad, as well as the standard digital download releases on Xbox, PS3 and PC. In addition to this first time release, fans of the trading card game will be able to get a sneak peek at the 2013 core decks before physical release. The offical release statement by Wizards of the Coast can be found below:

Wizards of the Coast has unleashed Magic: The Gathering – Duels of the Planeswalkers 2013 on iPad for the first time, along with Xbox LIVE® Arcade, PC/Steam® and PlayStation® Network.* Duels of the Planeswalkers 2013 is the first major release from Magic: The Gathering this winter, kicking off the Magic 2013 campaign that entices players to “Face A Greater Challenge” against the ultimate evil mastermind of the Multiverse, dragon Planeswalker Nicol Bolas!

Beginning today, Duels 2013 players will get the first look at approximately 100 cards that will be featured in the Magic 2013 Core Set launching July 13, 2012.  In addition, with the purchase of Duels 2013, players receive a code to redeem an exclusive six-card booster pack – including a platform-specific promo card – at participating Wizards Play Network hobby stores.

“Today kicks off our summer-long Magic 2013 experience, and we couldn’t be more excited,” said Elaine Chase, Brand Director of Magic: The Gathering at Wizards of the Coast. “Whether you’re new to Magic or just starting out, the integration between Duels 2013 and the Magic 2013 Core Set represents a seamless way for players to experience Magic however and wherever they want.”

Duels of the Planeswalkers 2013 is the latest edition of the award-winning video game title, which was recently named one of PC Gamer’s Top 100 Games of All Time, and number four on the list of The 15 Best Games For Your Laptop.

*Launch timing may vary by platform and region. Only Steam platform available in China 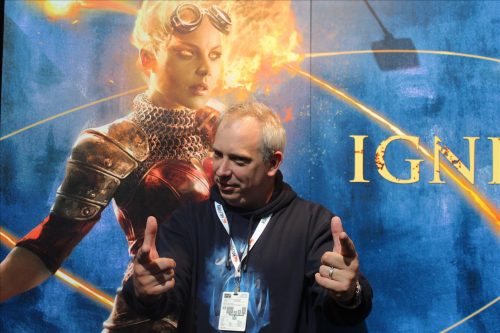