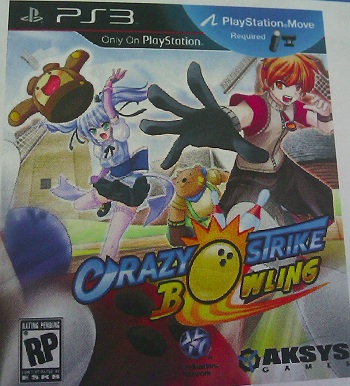 Among the various press releases that Aksys Games’ representative showed us at E3 this year, an interesting looking combination appeared at the bottom of the pile. An anime-styled bowling game will be released sometime later this year under the name Crazy Strike Bowling.

Unfortunately the team didn’t have much to say about the title so far and in our brief meeting we admittedly forgot to take an image of the game’s boxart itself, though it seems that Siliconera was more than capable of providing it. Interestingly enough, Crazy Strike Bowling will feature PlayStation Move support so this may be an interesting title for anime fans eager to get some use out of their Move controller.