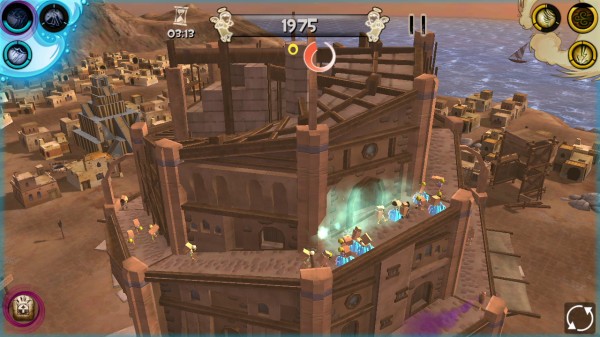 Those silly humans are up to no good again. Time to put them back into their place! Ubisoft and Mando Productions’ new version of the original Babel Rising,  Babel Rising 3d gives the powers of gods to the player as the human attempt to build new Towers of Babels. Unleash fire storms, meteors, tornadoes, thunder storms, and other epic elemental powers to send those pesky humans back onto the ground where they belong and destroy their towers.

Babel Rising 3d will be released in iPad, iPhone, iPod Touch, and Android on June 14th. Windows phones will see a release in July. Can’t wait til then? Check out the original Babel Rising for iOS here and for Android here.

Not a Hero Gets Demo Before May 7 Release