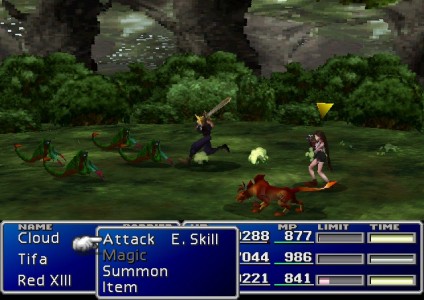 This year, Final Fantasy VII will celebrate its 15th anniversary. Famitsu is running a feature on the game which includes an interview with Square Enix heavyweight Tetsuya Nomura, who was the character designer for the game. In his interview, Nomura has revealed that there is a desire to remake the adventure of Cloud and co. However, as of right now, new titles are the priority. He also hopes that these new games will either equate to or top Final Fantasy VII. Nomura also revealed that Yufie was a wanted person early in development, with posters hung around Midgar, the last one being Yufie.

Is Nomura right in putting new games as a priority over a Final Fantasy VII remake? Feel free to express your opinions in the comment section below.

Lord of Apocalypse announced for both PSP and PlayStation Vita