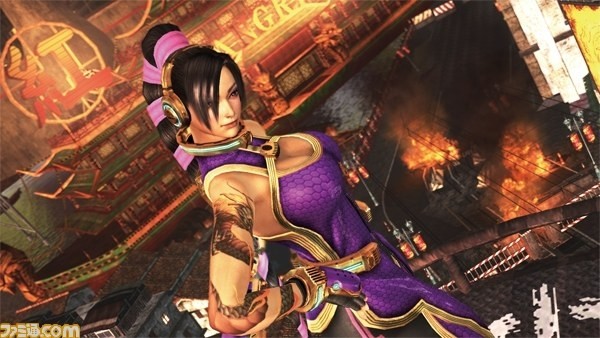 Things have been very quiet here in the West as far as Platinum Games’ and Sega’s Anarchy Reigns, but there are still pieces of information coming out of Japan. Today Famitsu.com had a first look at three new characters that will be available for use in Anarchy Reigns and it just so happens that all three of them are sisters.

In the screenshots below you can see each of these sisters who’s names are Rin Rin, Fei Rin and Ai Rin. Rin Rin is wearing red, Fei Rin is wearing blue and Ai Rin is the yellow assassin. Besides these character reveals Famitsu also revealed that there will be 11 rules for use in the game’s sixteen player multiplayer mode such as Tag Death match and Tag Battle.

Catch a glimpse of some of Anarchy Reigns’ multiplayers modes