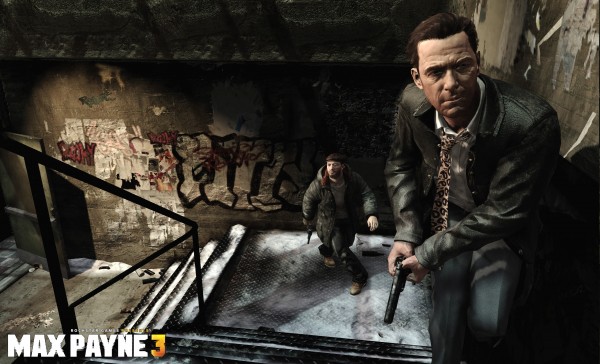 Before everyone gets up in arms about the fact that they may have to stand up off the couch and change discs, lets settle down and acknowledge that this is a good thing. Rockstar Games has revealed on their Twitter that the game will be arriving on two discs for the Xbox 360 with the following tweet.

“One disc will house half of the single-player campaign, while the other hosts the second half alongside the multiplayer.” This is a great piece of news because that means that not only will Max Payne 3 not be downgraded visually for the Xbox 360 version of the game but it will also be packed with content. So let all that anger dissipate unless you are a PS3 and PC gamer, then go ahead and gloat.

Max Payne 3 Rockstar’s Research For The Next Hit