Max Payne 3 has, from the beginning, boasted a strong story line with some great graphics and a tight sense of gameplay. However, it wasn’t till now that those separate from the game development have been able to get their hands on the game and give it a go, myself being one of the lucky ones to be given a shot at one of the chapters. And, can I just say, drool. 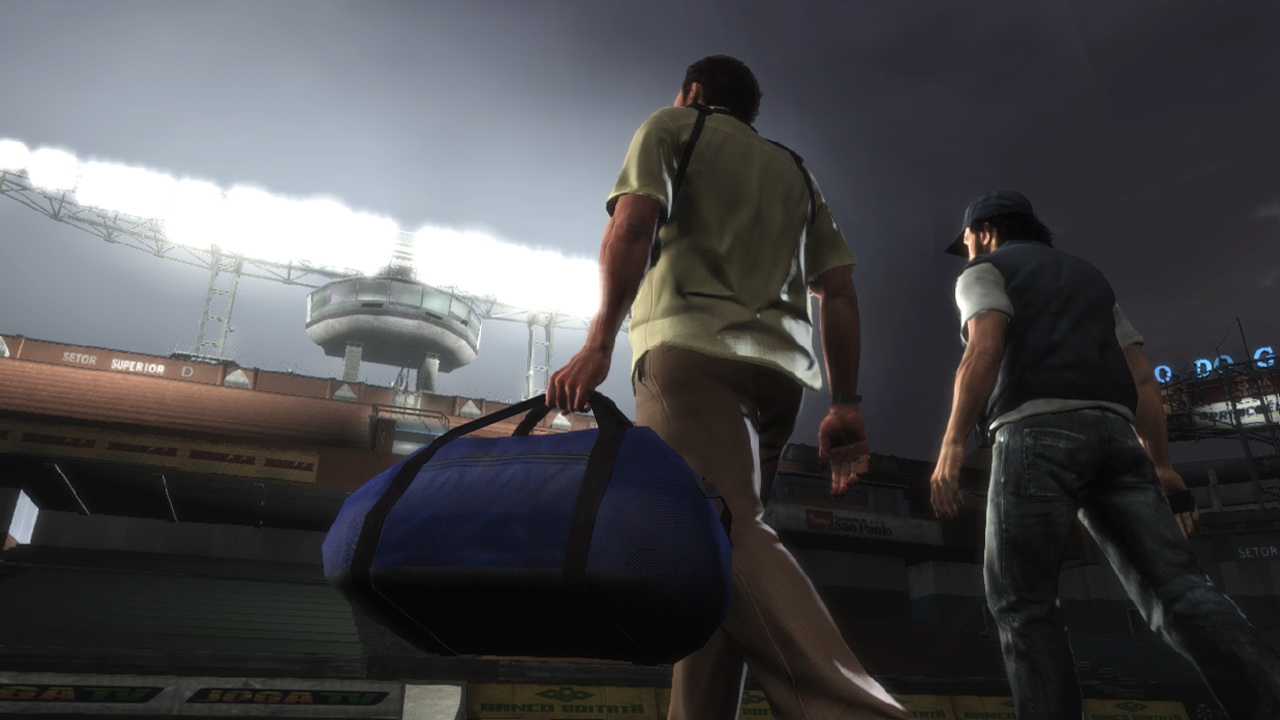 I was allowed to play Chapter 3, which is set after Max has moved to São Paulo and his boss has received a ransom note for his missing wife. Because, as usual, Max can never have a simple job. Ever. The cut scene at the beginning of the chapter is a marvel in itself, there is a grittiness to it that fits Max’s character like a glove. There are plenty of smash cuts, comic book style visuals, and it just looks awesome. The voice acting is some of the best I’ve experienced, and the tension in the room is palpable. So, in terms of creating an environment, Max Payne 3 gets a big tick.

The transition between cinematic and gameplay is seamless, the only thing that will really alert you is the appearance of your health bar in the bottom right corner. There aren’t any load screens, no wait time, it just flows straight into it. It’s this, along with the fantastic look and feel of the cinematics that makes the game feel more like an interactive movie. There’s no break to the flow, at all, and that really improves gameplay in a way I didn’t really consider possible. 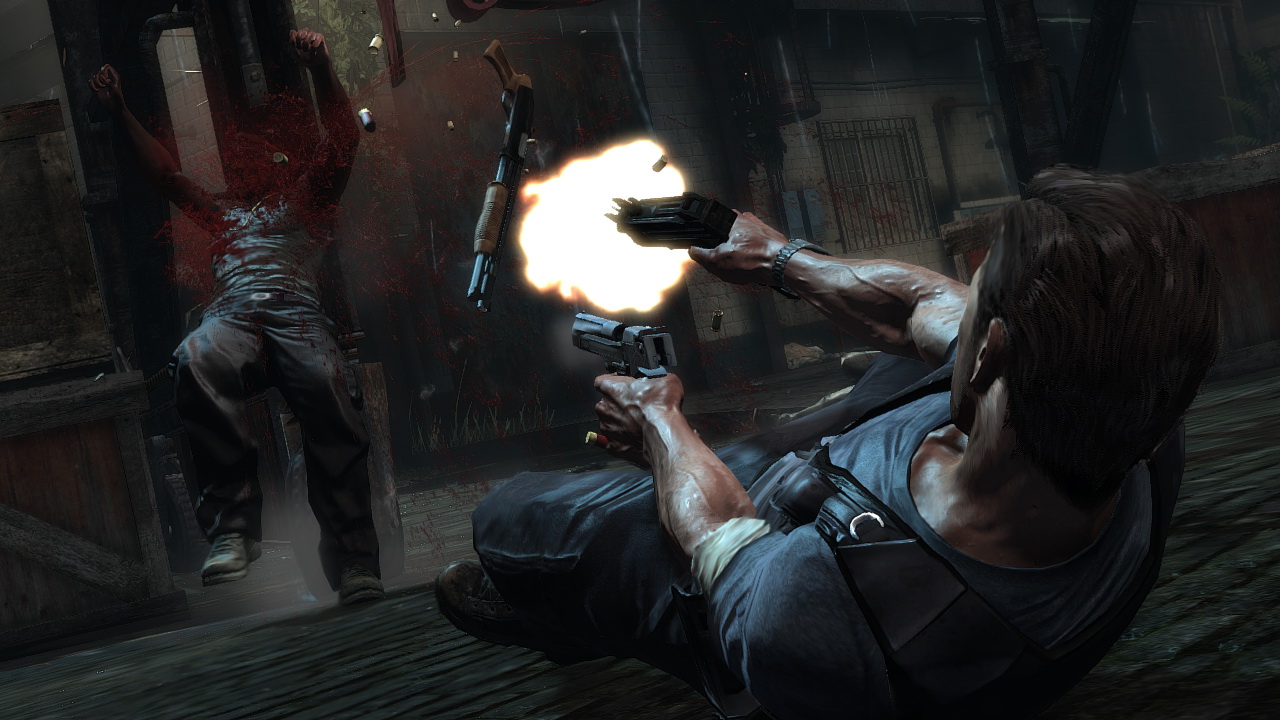 Even though Max Payne 3 is a third person shooter, everything about it feels like a first person experience. The controls are smooth and you can play around with lock if you like, with either manual, soft lock or hard lock options. The whole game is influenced and sensitive to Max himself, so when he’s been seriously injured (in the cinematic, not in gameplay) the screen flashes, fades in and out, and is generally in a state of distress.

Bullet Time and Shoot Dodge are two new aspects being brought to the table by Max Payne 3. Both of these are designed to help you with the large quantities of Brazilian men who are trying to kill you by slowing down time and giving you a bit more breathing space. Personally trying to incorporate another method into a typical shooter situation was a slight adjustment, and it wasn’t necessarily flat out required, although on ‘Hard’ I’m sure it would be, but it would make your life a lot easier, and once it becomes a standard then other games just won’t quite be as fun. There’s something immensely satisfying about taking out a group of ten street gang thugs. 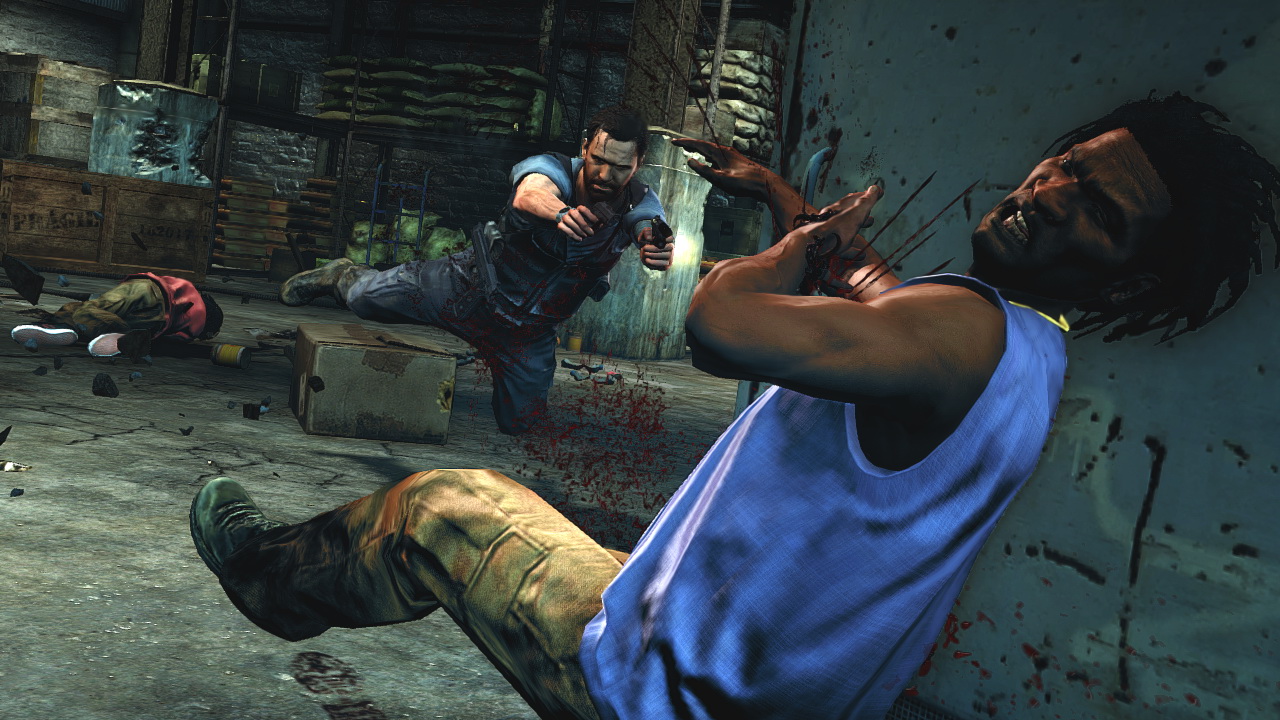 Another big thing is Revenge Kill. Without this option I’d be lying in the gutter far more times. The ability to cheat your way out of death by shooting the bastard that shot you is another aspect that will help you conquer the hordes. Sometimes finding him is a bit tough, although the person you are aiming for is the only one who will turn the aiming crosshair red, and the crosshair is aimed in his general direction.