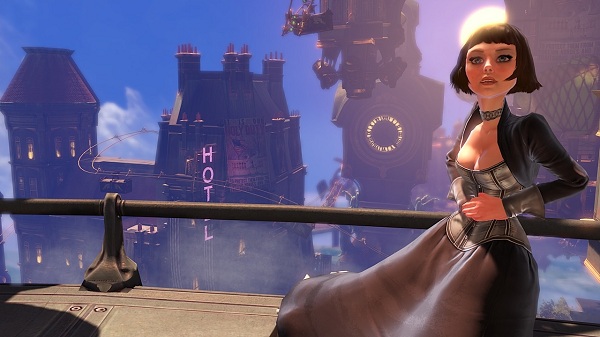 In the interview with Eurogamer, Levine found it hard to explain how the Move will work in the game. He even created an analogy for it:

He suggests that the only way to explain the Move support is for the player to experience it:

“You’ve got to put the thing in somebody’s hand and say, ‘here’s our Move support. How does it feel to you?’

“We’re definitely going to be doing that at some point. But it’s hard to talk about because it’s like, ‘hey, does it feel good? Does it feel right? Does it break down barriers of interface for you?’

“That’s the goal of Move, right? It’s to make you forget you’re playing with a controller. It’s to make that much more transparent. The proof’s going to be in the pudding.”

In addition to Move support, the Playstation 3 version will also include a copy of Bioshock. Bioshock Infinite will be released on October16. It will also be released for the Xbox 360 and PC.