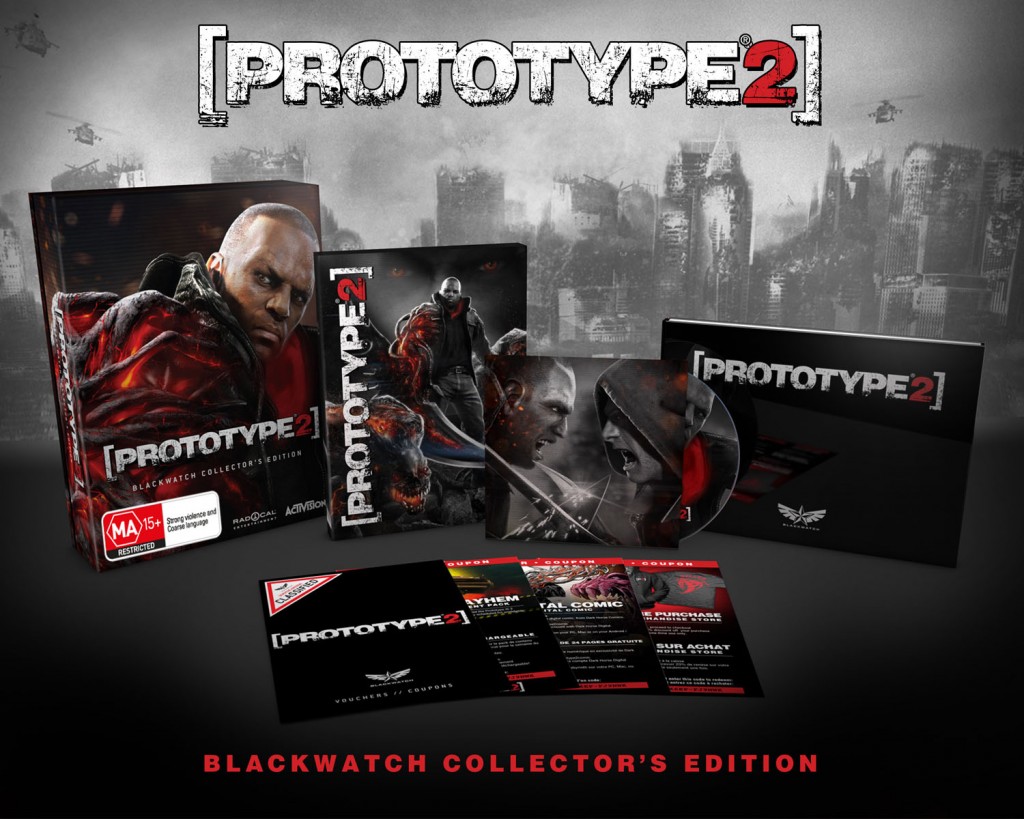 Activision has announced that Prototype 2 will be getting another special edition when it is released on April 24, 2012. It will retail at AU$99.95 and will only be available at retail stores. It will only be available for the Playstation 3 and the Xbox 360. Prototype 2 tells the tale of Sgt. James Heller, who is on a mission of revenge against Prototype protagonist Alex Mercer. Mercer has infected Heller with the virus, turning Heller into a shape shifting monster.

So, what will the Blackwatch Collector’s Edition contain?