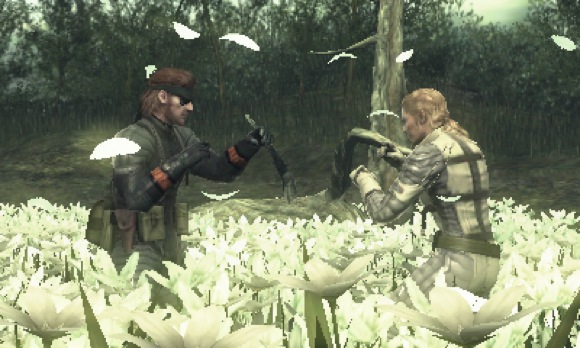 The launch of the demo system for the Nintendo 3DS has so far been a resounding success and Konami isn’t a company to be left in the past. Konami has revealed that they will be providing a playable demo of their upcoming game Metal Gear Solid: Snake Eater 3D on the Nintendo eShop for the Nintendo 3DS.

The demo will be available on February 16th worldwide and will provide players a chance to play through the opening segment of the game as Snake makes his way through the jungle to search for a captured scientist. This demo will also provide a great chance for those who’ve never tried a Metal Gear Solid game to see if they should jump in now, or if long time fans should pick up the full game to relive Metal Gear Solid: Snake Eater one more time. The demo can be picked up through the eShop, or through the QR code below.