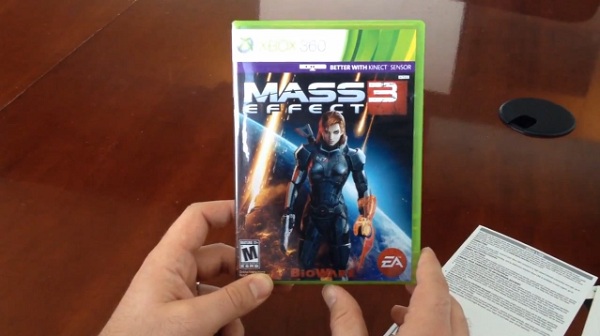 Remember how over the past few months BioWare and EA held a campaign for fans to vote on what the “official” Female Shepard should look like? Well it seems that the companies aren’t about to let all those weeks of voting go to waste because a recent unboxing video from EA themselves has revealed that Mass Effect 3 will have a reversible cover.

The standard edition of Mass Effect 3 will feature this cover on all platforms and while the outward cover art will show the standard Male Shepard, gamers are able to flip it around to see Female Shepard if they so choose to. The full unboxing video can be seen below. Which Shepard will you be choosing when you pick up Mass Effect 3 when it releases on March 6th?