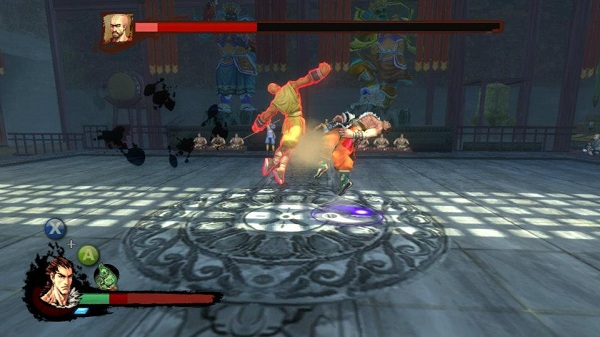 While we’ve seen a brief teaser trailer and a few screenshots of 7sixty’s Kung Fu Strike: The Warrior’s Rise we’ve yet to see any actual gameplay from the game since it was revealed a few weeks ago. That is until today of course, when 7sixty released the below trailer featuring plenty of kung fu action.

It appears that players will have access to more than just the main character General Loh as multiple characters appear to be controlled throughout the gameplay video. Also it seems that these men characters have gained such a mastery over Kung Fu that they are able to reflect shuriken back at the enemies who threw them. Currently 7sixty still has not announced a release date nor a price for Kung Fu Strike: The Warrior’s Rise when it is released on the XBLA.