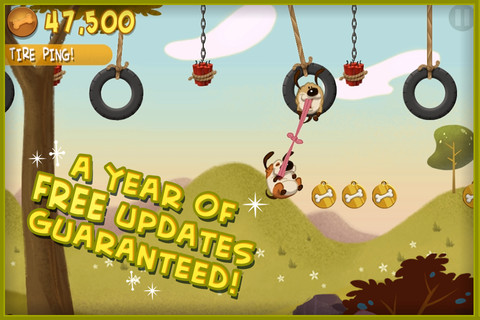 Indie iOS developers Mojo Bones have released their first update for Tongue Tied entitled ‘Labrador’. The update includes 10 new levels, 3 DogHouse challenges and unlockables as well as some brand new scenery animations. Mojo Bones have also listened to your feedback and fixed two of the biggest issues from the original release, like the accidentally trigger of the pause menu and adjustments to the camera so you don’t ping off-screen so easily.

For a limited time Tongue Tied will be on sale for the low price of $0.99, which is available here. For those without iOS fear not, Mojo Bones will shortly be releasing an Android version for the same price as the iOS.