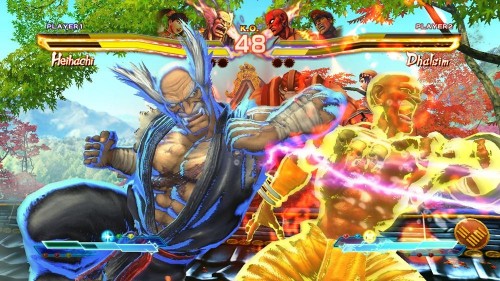 Capcom has posted some more screenshots of Street Fighter X Tekken on the Xbox Live Marketplace. Fortunately for fans, one of these screenshots have confirmed two more fighters for the game. Both M.Bison of Street Fighter fame and Xiaoyu from Tekken are shown above the lifebars of Heihachi and Dhalsim. The screenshot in question is in fact at the top of the article.