On the night of the 19th of January (which happened to be last night), the Oxford Art Factory hosted a night where gamers could re-live the days of the arcade, as well as get their mittens on 2K Games’ next release, The Darkness II, which will be released on February 10 in Australia. It was a night of pure bliss, topped off by 80’s music, game art, alcoholic spiders (the drink, not drunk spiders themselves) and gourmet hotdogs, New York style. Capsule Computers editors Roger Ma and Matthew Vella were joining myself in a night were gaming  (specifically The Darkness II) was the focus.

For the arcade lover, this was the night for you. Along the upper level, as well as the lower level, there were an abundance of arcade cabinet and arcade tables to fill your appetite. Of course, there were pinball machines as well. Five of them to be exact. On those arcade machines, some classics were to be found. Games like Street Fighter, Marvel Vs Capcom, Golden Axe and Metal Slug II were present. Even Space Invaders made an appearance. The problem was the fact that it became a crowded mess. The upper level was nothing more than a balcony, meaning space around the arcade cabinets was minimal, even non-existent. In fact, room to maneuver through was usually accompanied by shout of ‘excuse me’ since space was minimal. 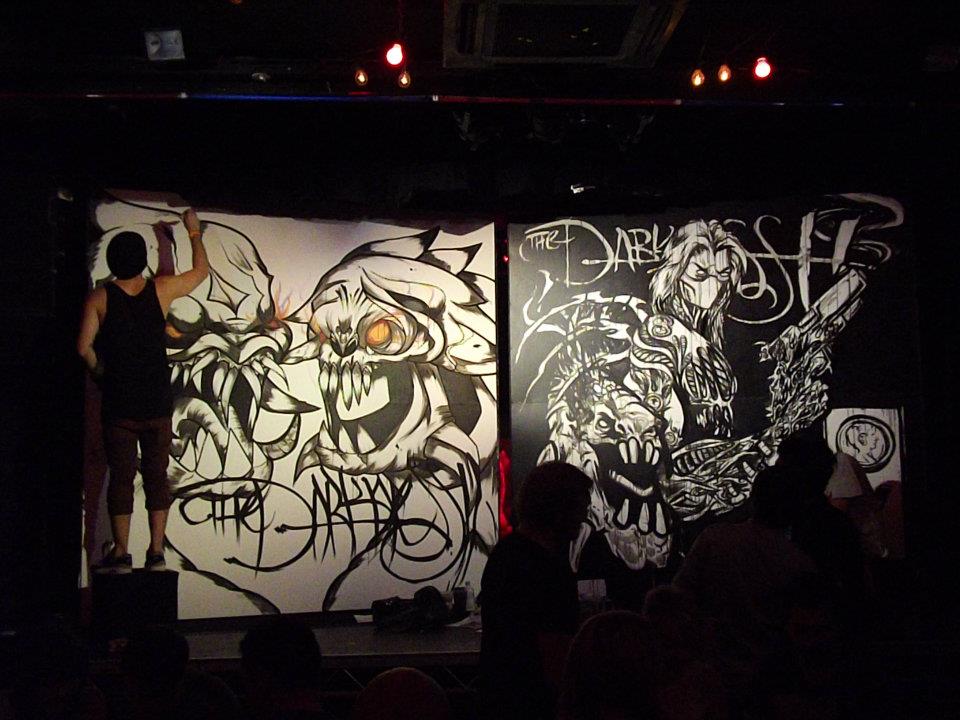 Cabinets and pinball machines were not the only gaming devices around. On the lower level, sitting between the one of the bars and the gourmet hotdog stand, there were several arcade tables, littered neatly across the floor. Just like their cabinet counterparts, they offered classic arcade games, like Ms PacMan. Just like the balcony of cabinets, moving around was somewhat restricted, but more freely than the balcony.

However, the old met the new at Insert Coins as the main attraction was the single player demo of The Darkness II. Scores of gamers, both male and female, gathered to experience the re-emergence of The Darkness in the body of Jackie Estacado, the main protagonist. The new gameplay feature quad wielding, as well as the first couple of levels of the single player campaign, was the focus of the demo. The demo was exciting, interesting (story wise) and all around fun. Roger Ma took care of the hands-on impressions. For myself, I would recommend checking this game out, especially for the quad wielding. 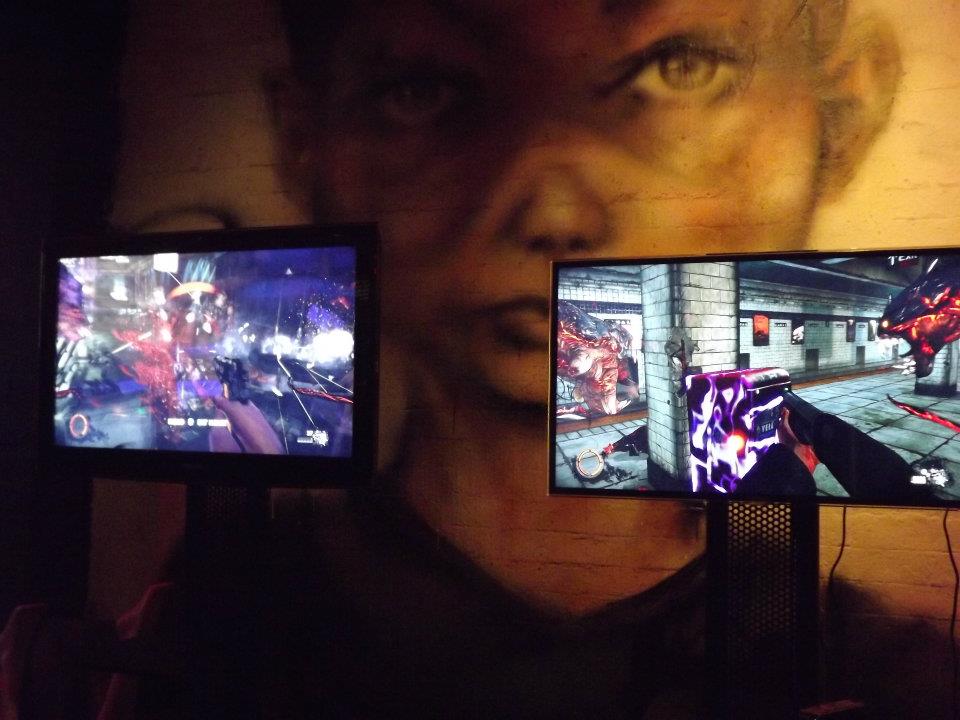 For a couple of hours, right there on the stage, the artists went to work. As the focus for the event was The Darkness II, the works of art focused on the game. One artist worked on the faces of the creatures that spout out of Jackie’s shoulders, which is the Darkness, done with a black marker over a green outline. The other used water-based paint and re-created Jackie with one of the Darkness creatures coming out. Jackie also held a recently fired pistol, highlighting the combination of the gameplay elements. I was very impressed with the artworks. It felt like the Darkness.

If you are in Sydney, I will recommend going to Insert Coins, whether you love living in the past or looking forward to the future. Bring your mates along as well. Entry was cheap, only $10 per head, which also covers access to the games. Bring extra for drinks and food, though. Maybe you’ll also bump into your favourite Capsule Computers editor, get to know them… or not.