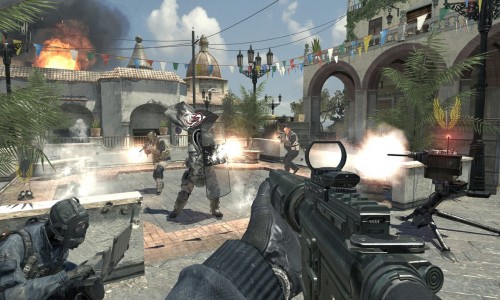 When Modern Warfare 3 was released, countless of people called in sick to work and probably have yet to go back in to their jobs even now. As such, one could expect Activision to quickly jump upon the chance to release DLC for the title and add on new multiplayer maps for their devoted fans. Today Activision revealed when fans can expect to see their first piece of DLC will be two maps which are Liberation and Piazza that can be played both in multiplayer and survival mode.

The content will be available on January 24th for Xbox Live users who also subscribe to Call of Duty Elite Premium and they will receive the maps for free. Elite premium subscribers on other consoles will receive the new maps at a later date. For everyone else the DLC will be available for purchase through a Modern Warfare 3 Content Collection which has yet to be detailed or given a release date. Check below to see images of the Piazza and Liberation multiplayer map.