Created by Dutch Advertising agency Pool Worldwide, “Google Shoot View” is a modification to Google Maps that allows people to use the Street View service with a superimposed gun in their hands. Up until recently, players of the “game” could move around and shoot the M4A1 carbine, not quite what Google Maps was built for. Google has since responded and removed the site’s access to their service, citing violation of its terms of service. Yet the website has vowed to “To Be Back” as posted on their website. 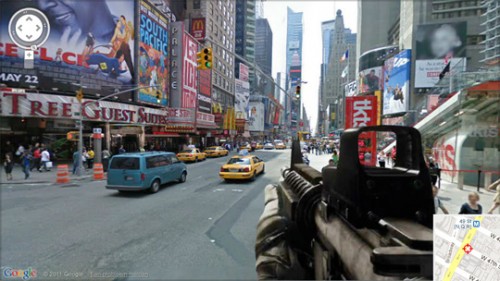 Whether or not you believe in the violent video game hysteria/debate (depending on your personal views), this is all a very strange case indeed. Personally, I have to say that the creators of Google Shoot View have gone too far here. Now sure, the “game” isn’t at all realistic as essentially all you are doing is moving through still image after still image with no repercussions of your actions, Grand Theft Auto or Call of Duty this is not. 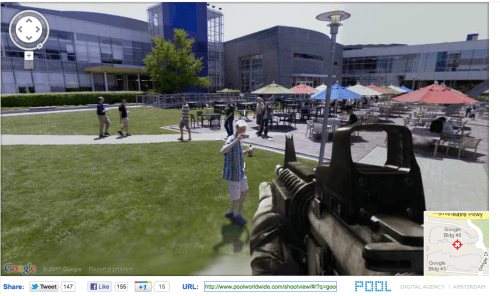 But the fact of the matter is that Google Shoot View is just simply bad taste, using real world locations to simulate a shooting spree. Now of course the same could be said for Grand Theft Auto or Call of Duty, but there is a fundamental difference between those fictional representations of the real world and real life itself.

At time of writing, Google Shoot View has since been taken down and all that remains on the blank webpage is “Ctrl + alt + delete”.

Is this just harmless fun or something far more disturbing. Give us your thoughts on the whole Google Shoot View debacle in the comments below or in our Shout Box.