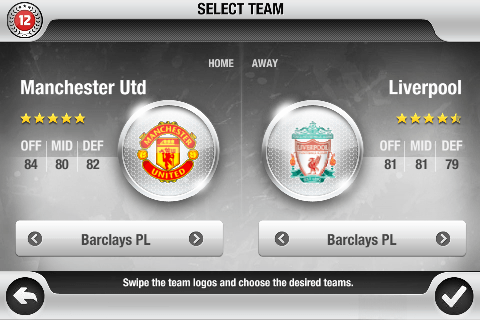 Christmas is almost here, but the guys at EA Mobile aren’t giving their steady flow of deals and games a holiday.

The EA Daily Deals today see the prices of the popular FIFA 12 and the newly released Spy Mouse HD shoot down to a mere 99 cents on the iTunes App Store. Android users can also enjoy some limited time special offers with many EA Mobile games as low as $0.99 on the Android Market.

Android fans are in for another holiday treat, as several games, previously available only on iOS devices, have now been made available on the Android Market. Dead Space (Apple’s newly crowned iPad Game of the Year), Plants vs Zombies, Peggle, and Monopoly. Spy Mouse and Real Racing 2 are also coming to the Market in the near future.

iPhone fans aren’t being left by the wayside however, as EA has released a free version of BOGGLE on the App Store. Players can play the classic word game, as well as create their own custom-rules versions of word-play in Advanced modes. BOGGLE also includes achievements, challenging scenarios, and connectivity with Dictionary.com and EA’s Origin service.

Finally, EA Mobile is making its grand entrance on the Mac App store by releasing some of its bigger games onto the service. Mac users can log on now to purchase both NBA Jam and Monopoly, and soon Real Racing 2 and The Game of Life will also soon be made available.

All in all, sounds like EA Mobile has gone bonkers for the holiday season, to the benefit of anyone looking for a bargain.

Need for Speed: Hot Pursuit Video- Cops Get Their Due