The worldwide gaming phenomenon ‘Angry Birds’ has smashed through the 500 million downloads milestone and is still going strong. Rovio Mobile originally released the game for the iPhone back in 2009 and it has since spread across multiple platforms and odds are you’ve probably played it. The game is now available on almost every smartphone and computer thanks to Google Chrome web browser. 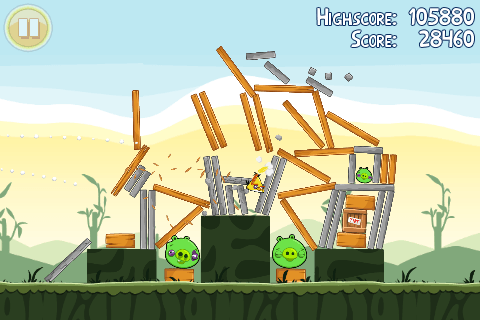 This news comes to no surprise Angry Birds fans that have so far tallied up 200,000 years of playing Angry Birds. The mega franchise has also expanded to toys and other merchandise giving gamers the next best excuse to start picking up a slingshot and firing birds at pigs in real life…Oh wait that’s already been done.