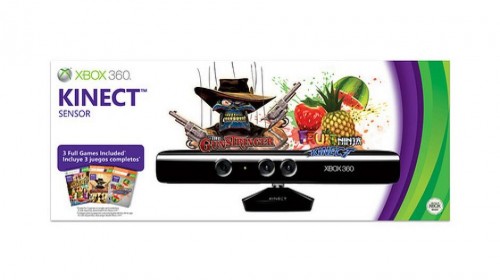 If you have been thinking about sparing some cash for a Kinect this year, you might want to wait a short time as Microsoft have now announced a new holiday bundle which will include three titles for the peripheral. This package will include the recently released Gunstringer, Fruit Ninja Kinect, and as always, Kinect Adventures.

If you have a 4gb model 360, you also should keep in mind that this bundle requires some extra space as both Gunstringer and Fruit Ninja will come in code format. Even with that though, this bundle is still a great deal as everything is included for the standard $149.99 MSRP price of the Kinect. No official date has been given, but you should expect this bundle to pop up in stores as we start getting closer to the holiday season.