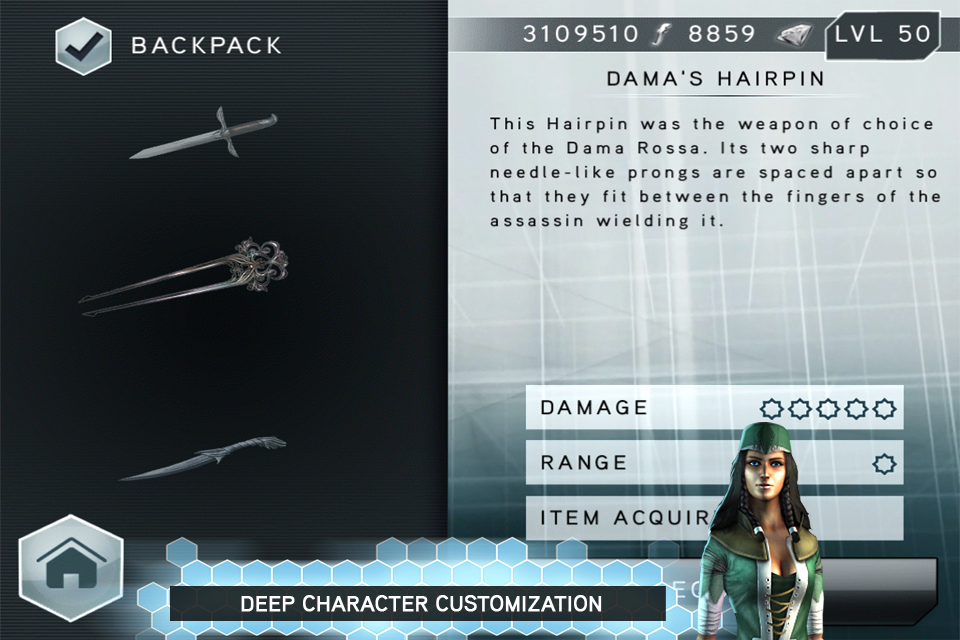 Following in the success of the newly released and highly acclaimed Assassins Creed Revelations, Ubisoft have announced that Assassins Creed Rearmed, the new mobile instalment of the popular franchise has hit 1 million downloads on the App store. This is quite an achievement considering the multiplayer game for iPad, iPhone and iPod touch has only recently been released to the market. Assassins Creed Rearmed was inspired by the ever popular and highly praised multiplayer action found in Assassins Creed Brotherhood. The game was developed from scratch for the new mobile platforms so as to make full use of their unique control system. Players can compete online against friends in real time online multiplayer action or refine their skills offline in single player.

Assassins Creed Rearmed is available worldwide from the App store for the iPad, iPhone and iPod touch, and works on an in-game economy system, where players can enhance their multiplayer experience through the acquisition of extra items, characters and more.