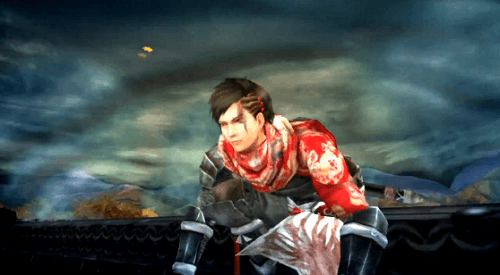 The guys at Acquire has released three videos of their upcoming Playstation Vita game Shinobido 2: Tales of the Ninja, showing off various stealth executions. The first video shows Zen, the main protagonist of the game, kill off a pair of enemies from the roof. It includes a small quick time event. The second video shows Zen using his gliding skills to sneak from behind and knock out (or kill) the enemy. The third video shows Zen hiding behind the corner and executing a corner kill when the guard is close by. These skills are going to be very useful if the player is going to be successful sneaking around the compound.

Shinobido 2: Tales of the Ninja is slated for a release on December 17 in Japan, the day of the release of the Playstation Vita. A release in Europe has been confirmed as well, with Namco Bandai acting as publisher. Expect the game at Europe’s Vita launch.