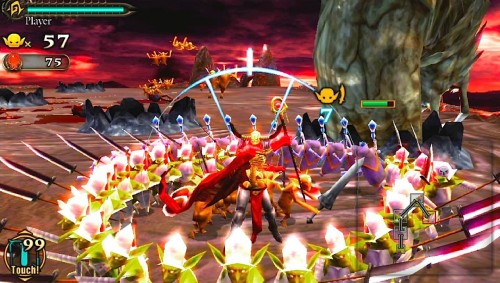 While it was speculated that Square Enix’s Army Corps of Hell would also be a launch title in North America for the PlayStation Vita, the company themselves had never confirmed that fact. Until today that is, when Square Enix revealed via a press release that the title would indeed be available at the launch of the PS Vita, whenever that is exactly.

The game will be developed by Entersphere which includes Motoi Okamoto who worked on the Pikmin games which is quite ironic, considering the fact that Army Corps of Hell seems to be like a Pikmin game with demons that you will be controlling instead of little plant men. Earlier today we posted the a trailer for the title which you can find here.