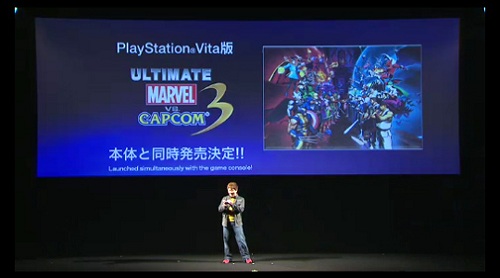 Fighting gamers rejoice! At least those in Japan, because during Sony’s Pre-Tokyo Game Show event today they announced that Ultimate Marvel vs. Capcom 3 will be available as a PlayStation Vita launch title in Japan. It may have already been announced as a launch title in the West, but since the West will be getting the Vita a few months after Japan, it only made sense.

This news comes shortly after the announcement that the popular Sony Cat mascot Toro and neighbor Kuro will be playable fighters, helping raise gamer excitement about a title that some see as a re-hash of a game that has already seen one version and is also coming out on the PlayStation 3 and Xbox 360 in the coming months.