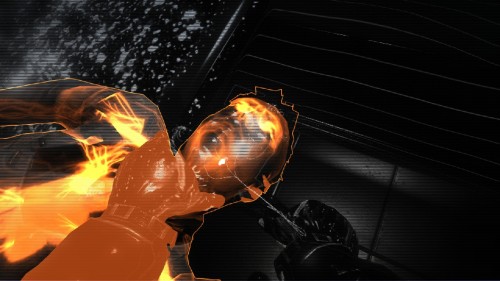 Interested in seeing what Starbreeze has done with the Syndicate title? Well the trailer released today has compiled together tons of footage not only of gameplay but also of many of the gameplay mechanics which will be available for use in the title including hacking NPCs, rather impressive looking combat, takedowns and whatever is happening in that screenshot up there.

The trailer can be seen below and I daresay that this should silence a few people who were concerned that the title was being transformed from a tactical game into a FPS. Syndicate is currently slated for release on February 21st 2012 on the PC, PlayStation 3 and Xbox 360 and is being published by EA.