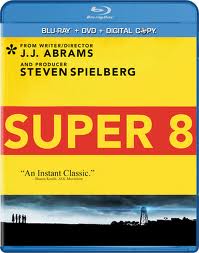 Paramount Home Entertainment has announced the debut of a DVD and Triple Play pack for hit movie Super 8. The Academy Award winning movie breaks the usual movie genre boundaries, and dares to use a primarily young cast to bring a unique and enthralling story to the screen.

The Super 8 Triple Play edition is up for $49.95, which includes the DVD, Blu-ray and Digital copy. As well as these three versions you get numerous behind the scenes documentaries, deleted scenes and commentary from writer/director J. J. Abrams and producer Bryan Burk. Additionally, there is a DVD that has the feature, commentary and two of the behind-the-scenes documentaries for $39.95. These are both coming out for release on November 17.

For those of you who haven’t seen Super 8 yet, this would be a great purchase, this movie is really worth it. Keep an eye out for an upcoming review on the Triple Play release.

The Devil Inside Released to Positive (Yet Freaked Out) Responses