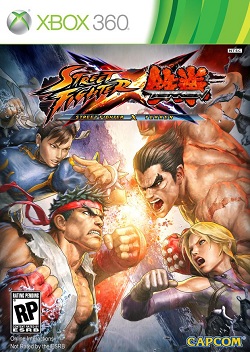 In case you were concerned about what that box of Street Fighter X Tekken would look like, Capcom has you covered. The official box art for the game has been confirmed and you can see it to the right. Unfortunately it doesn’t contain my favorite character King from Tekken but we’ll take what we can get. Who would you like to see grace the cover instead or are you happy with the chosen characters?

Besides the box art reveal, Capcom has also released two new teaser trailers for two fighters today. You can see both videos below and take a guess as to who is being shown off in them. I can say that Heihachi is the Tekken reveal, but the Street Fighter character is up in the air. We’ll find out for sure next year when Street Fighter X Tekken is released on the PlayStation 3 and Xbox 360 and a PlayStation Vita version sometime in the future.