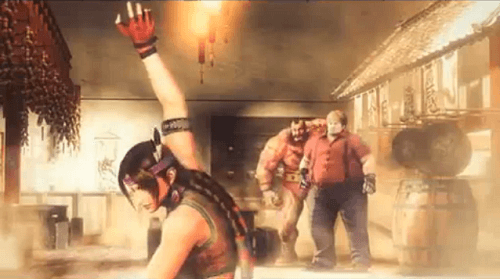 Rather than release a small teaser for each character, Capcom has decided to go completely over the top for the latest cinematic trailer for Street Fighter X Tekken. The video is similar to the one released a few months ago which introduced Poison and Hugo. In the video from Famitsu we see two of the more portly fighters getting into confrontation with one another after Street Fighter’s Rufus mistakes Tekken’s Bob Richards for Ken Masters.

After they fight into the restaurant we also see the big Russian Zangief get a little bit of screen time himself. The fight all takes place inside Tekken’s Marshall Law’s Diner, though he wasn’t actually shown. If Capcom can make interesting story cinematics to advertise the game, perhaps they could actually make legitimate story for this title as well.