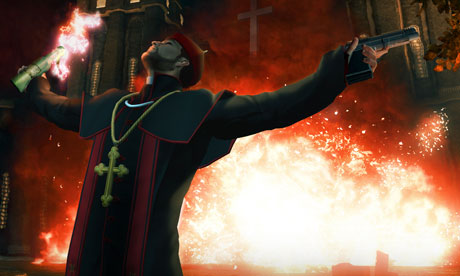 THQ announced this week that they will release downloadable content every week for 40 weeks after the release of Saints Row The Third. The aim is to keep gamers constantly engaged for as long as possible, even after all the missions have been finished.

There’s no word yet on examples of the DLC that we will be seeing but given the “insane” nature of the game, it’s going to be really interesting to see what they come up with every week.

“We’re totally changing how we keep consumers engaged for a very long time. We intend to create an online digital ecosystem that keeps them interested for a year or more.” Said Brian Farrell of THQ at the Cloud Gaming Conference USA this week.

What would you guys like to see as DLC? Let us know in the comments below!