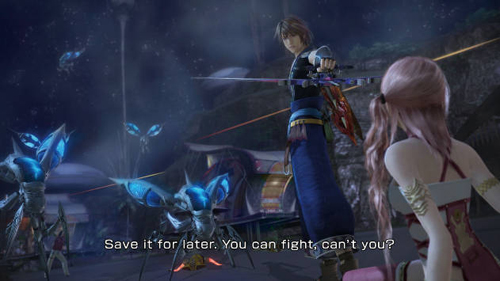 First, Serah had received her own weapon for pre-order, leaving her companion Noel in the dark. Square Enix, however, has given Noel fans the chance to give him an exclusive weapon via the Square Enix e-shop. The weapon will be called “Calamity Blade”, a twin blade sword which charges Noel’s ATB gauge more quickly, like the spell Haste.

However, the product page on the e-shop has an interesting fact about this sword. It is mentioned that the weapon will be effective from the beginning of the game to the halfway point. What can this mean? It could mean several things, like the weapon could be useless after a certain point of the game or not needed due to Noel’s power. Just like Serah’s weapon, Square Enix did not provide any pictures of the weapon but did promise one at a later date.

Shadows of the Damned thinks your Johnson isn’t big enough