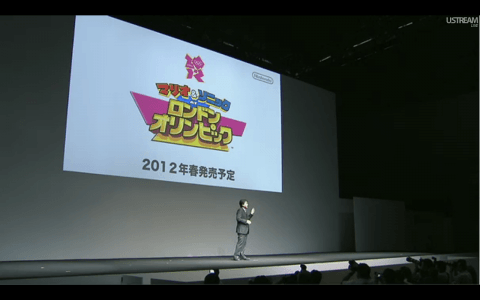 Today during the Nintendo 3DS Conference 2011, Nintendo showed some footage of Mario and Sonic at the London 2012 Olympic Games. The footage showcased Mario, Sonic along with their friends and foes participating in power walking, wrestling and sprinting amongst other Olympic sports. What particularly nice to see with this footage is that the developers have stayed true to the characters’ personalities. Sonic moves like Sonic, Mario moves like Mario, etc. Although it’s kind of odd to think that Bowser has the capabilities of beating him in a sprinting race, but hey it’s all in good fun right?! Mario and Sonic at the London 2012 Olympic Games is licensed through the International Olympic Committee’s interactive entertainment licensee International Sports Multimedia (ISM), and is coming to the Wii and 3DS and will feature more than 50 events-the largest number of Olympic sports franchise history! Unfortunately no release date has been announced yet, but expect to for it to be announced until later this year.