To complement the Lego Ninjago toyline and animated series, the developers behind Lego Universe have been hard at work adding a huge new expansion to their game. And now, the time has come for you reap the rewards of that work. Called the “biggest day for LEGO Universe since launch” the Ninjago expansion adds over new 100 missions in addition to a ton of other new items and gameplay elements. Plus, the level cap for the game has been raised to 45.

“LEGO devotees are already closely connected to the world of Ninjago thanks to the toys and the film Ninjago: Masters of Spinjitzu,” explains Jordan Itkowitz, Design Director of LEGO Universe. “With this new addition to the LEGO Universe family of worlds, we’re giving our players free reign to bring their creations to life in a world they already know and love.”

LEGO® Universe, the massively multiplayer online game, is bringing the popular LEGO Ninjago toy line to life as Ninjago enters the dojo with an all-new world full of adventures! Fans of the Ninjago LEGO sets and the Ninjago: Masters of Spinjitzu film will instantly recognize many of the characters of the new Ninjago-themed world coming to LEGO Universe.

The Ninjago Monastery is under attack by a Skeleton army led by the evil Lord Garmadon, and it looks like they’re after one thing and one thing only—well, make that four things—the Four Weapons of Spinjitzu. The Weapons of Spinjitzu will transform minifigures into a whirling tornado of Earth, Lightning, Ice or Fire! It will be up to players to experiment with and master each type of Spinjitzu to protect the weapons and the Ninjago Monastery in one of the biggest worlds yet in LEGO Universe as they take on the hordes of Bone Wolves and Skeleton Mad Scientists!

Players will also be able to impede the Skeletons’ attack of the Monastery at Ninjago Battlefield by launching volleys of Imagination-tipped arrows, surprising the Skeletons with a fire-breathing Dragon-in-the-Box, or even flinging their minifigure to safety by rebuilding a massive Skeleton Catapult to claim total victory over the ol’ boneheads.

In this new addition to the game, players can look forward to a total of over one hundred new missions, both familiar and fresh new Ninjago faces, and the level cap will be raised to 45! Premium members of LEGO Universe will have unlimited free access to the hundreds of new missions and adventures in the most massive LEGO Universe expansion to date!

“LEGO devotees are already closely connected to the world of Ninjago thanks to the toys and the film Ninjago: Masters of Spinjitzu,” explains Jordan Itkowitz, Design Director of LEGO Universe. “With this new addition to the LEGO Universe family of worlds, we’re giving our players free reign to bring their creations to life in a world they already know and love.”

In an all-new instance, players can also team up with three fellow ninjas to take on Frakjaw in a heated battle in the Fire Shrine, and protect the Sword of Fire from his evil clutches in this Ninjas vs Skeletons fight.

Despite all the unrest going on in the world, the rest of Ninjago is much more peaceful. Players can stroll through the Monastery Courtyard to meet new and old friends, solve puzzles in the idyllic Four Gardens of Spinjitzu to claim protective Dragon relics, or complete challenges and learn new skills in the Four Dojo of Spinjitzu.

The new weapons, eight new skeletons to fight, and tons of new gear, supplies and cool mysteries to solve create a complex and imaginative world for players to explore. Now the only remaining question is, do you have what it takes to master Spinjitzu and defeat the bone-chilling Skeleton Army? 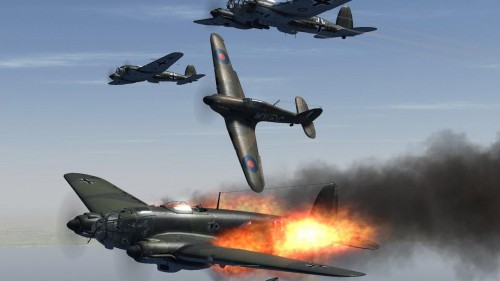