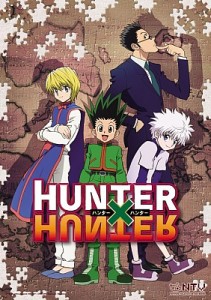 It’s been a huge past couple of months for the Hunter x Hunter series. Not only has the manga returned to it’s rightful place in Weekly Jump after hiatus (this time supposedly returning for good), but a new reboot anime series was announced with a premiere date of October 2nd, 2011 on NTV.

Today several new details have been revealed surrounding the upcoming adaptation of Yoshihiro Togashi’s epic manga. It has been confirmed that the series has so far been slated for 45+ episodes, however NTV says that is tentative. Which clearly means that the series will be long-running but it’s nearly impossible to place an exact episode count to the entire series run. So thus far 45 episodes is a given, which should bring the series to the end of the Heavens Arena arc.

Along-side that news, it has been confirmed that Toshio Furukawa, known for his roles as Piccolo on Dragonball Z and Portgas D. Ace on One Piece, will voice Hunter examiner Satotz (who guides the examinees in the Hunter Exam arc through the first phase). It seems the cast will be comprised of both veterans such as Furukawa and new talent such as Ban (who is voicing Gon Freeccs).

But wait that is not all, details of the structure of the adaptation have also been announced. In particular it has been revealed that Kite, the Hunter who inspires Gon to become a Hunter in chapter 1 of the Manga shall not appear until later on in the anime, in order to lessen the gap between his first appearance and reappearance during the Chimera Ants arc.

This wouldn’t be the first time a backstory character such as this has been revealed later on in an anime in comparison to the manga. Take One Piece for example, it took several episodes before the original chapter of the manga was adapted as an episode revealing Red-Haired Shanks as having inspired Luffy much like Gon is inspired by Kite.

Another change is that the level of gore seen in the manga will be lessened. Gore will still be present, but will be lightened, to accomodate to the child demographic of the air-time on sunday mornings. Also the character of Hisoka shall have his perverted side lessened, making his excitement more regarding the thrill of fighting then a sexual desire as is sometimes referenced in the manga.

Other than that, the series is set to follow the manga to a tee. For the first episode I personally predict that they will show Gon leaving Whale Island and meeting allies Kurapika and Leorio on the boat to the exam island. However that is still unknown as of this point.

What do you think of this news? Leave a comment below letting us know! 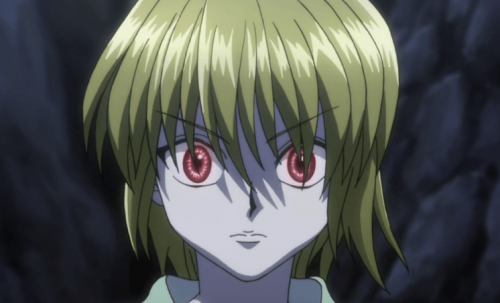