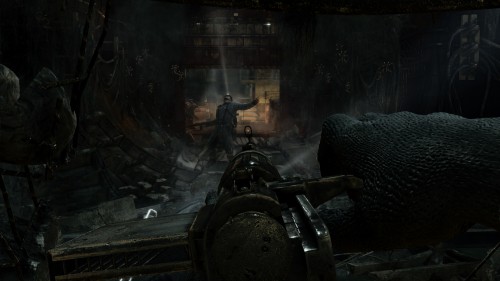 Metro Last Light is the sequel to Metro: 2033. Developed by the Ukrainian based studio 4A Games, the Metro series is set in a post-apocalyptic world. Communities of humanity have fled underground to escape radiation, strange monsters and other dangers. Unfortunately, there are always humans and governmental entities who wish to take advantage of others when the moment is right. Your task in the game: to survive and stop the atrocities. Check out the Metro Last Light Facebook page here.