Yesterday I had a chance to meet up with EA to check out both Battlefield 3 and Mass Effect 3.
When starting the Mass Effect demo you had a choice to be a Soldier, Sentinel or Engineer. I opted for a Soldier for this play through as I really wanted to see the difference in the gun play for this sequel. The mission given puts you in a situation with Liara and Garrus on a lush tropical island protecting a female Krogan, the first shown in the series. It was interesting to note that she was covered in black armour that resembled a burqa, only showing her eyes. Underneath it looked as though she wouldn’t be winning a beauty pageants, but results may vary. I’m admittedly not the best judge of what an alien species finds attractive. 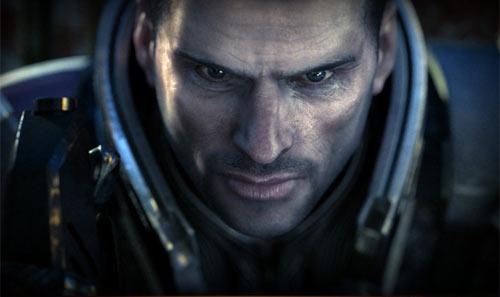 Mordin was giving directions as you had to move the female Krogan out of a holding cell while waves of enemies came in. Before the first wave hit me I found a terminal that allowed me to customise my guns by changing the barrels, stock or any other number of components. This is certainly a welcome addition and will feed my neurosis suitably while playing the full game. The gunplay certainly feels tighter than Mass Effect 2, I was able to shoot guys in the face through a small eye slit in their riot shields, one of my favourite things to do. Moving through cover worked just as well as it did previously with hitting the A button, except now Shepard can bob and weave with a much welcomed dodge roll move which comes in quite handy. Especially when I got to the end of the waves and was starting to finally get the female Krogan out as a huge mech landed and tried drop elbows on us all. It was a slightly smaller space with a slightly larger mech so to maneuver around you really had to take advantage of the dodge roll. After dancing around the mech and poppin’ caps till it exploded in a fiery ball of defeat the demo came to an end leaving me with a void in my soul that won’t be filled till next year.
Mass Effect 3 is already looking pretty polished with beautiful graphics, intricate systems and really tight gunplay. If you’ve played the other entries in the series then I’m sure, like me you’ll be there on day one. It looks as though EA and Bioware are not planning to disappoint.