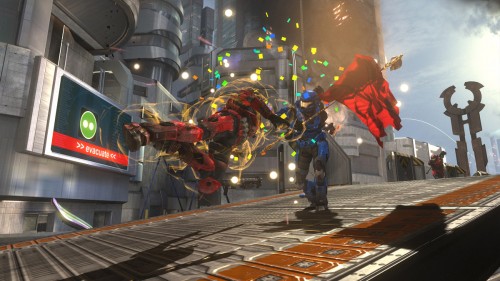 While Halo: Combat Evolved Anniversary may be a HD remake of the original Halo title, there is going to be a Halo 2 map in the multiplayer section of the game. Anyone who spent a decent amount of time online in Halo 2 should know roughly what the Headlong map looks like. Well if you do then you should find the map above a little bit familiar because that map is being remade and re-titled.

Now called the Breakneck map, 343 Industries has made some minor layout changes and extensive graphical upgrades to the level. There is now turret and cover panels up where the teleporter in Blue Base was and the Red base has lost a bit of ceiling and an Engineering Hallway extended. If these changes don’t mean much to you don’t worry, just enjoy the new multiplayer levels!

Halo Infinite Teases the Return of “The Banished”

Halo 4 set for release on November 6