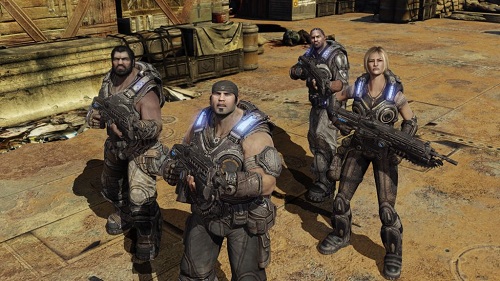 Gears of War 3 was released last week and has been widely accepted as a major success, and of course with the option to buy a season pass at the moment to acquire all upcoming DLC for onee price, we know that there will be DLC in the future. But it appears that any story DLC will not focus on the main crew of Gears of War 3, but on a different group of people.

Cliff Bleszinski posted in a NeoGAF thread and shared a few scant details about the DLC plans. Former Stranded-turned-COG Michael Barrick will be appearing but, according to Cliff “it won’t be the graphic novel, but it will have all new campaign content that doesn’t have Marcus, Dom, Cole and Baird in it.” It’ll be interesting to see who the main focus of this DLC will be, especially if it is new characters thrown in at the end of the series.