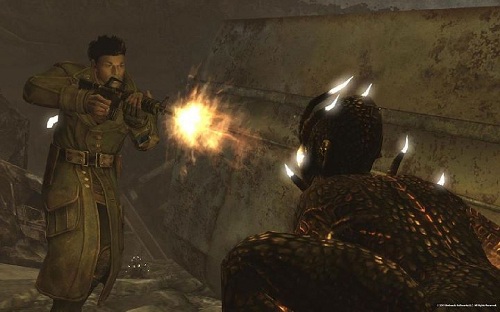 With the final piece of DLC for Fallout: New Vegas being released next week, Bethesda has released quite an enticing trailer for the content. The Lonesome Road DLC trailer released today can be seen below and I must say, the voice of Ulysses, the man who initially turned down the job of delivering the Platinum Chip which inevitably set the Courier down the path to save, destroy or control the Mojave Wasteland.

Ulysses calls for the Courier to travel to the Divide where he will answer his questions and see the world that he lives in laid bare. No matter how many guns you bring, or friends you may have made in the wastes, the last road must be traveled alone. The Lonesome Road DLC will be available next week on September 20th for 800 MSP or $9.99 on the Xbox 360, PC and PlayStation 3.