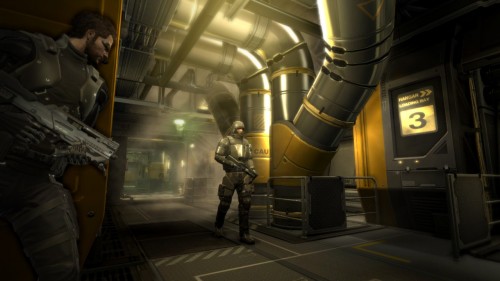 If you were curious about what to expect when Deus Ex: Human Revolution’s upcoming Missing Link DLC is released next month then perhaps you will be interested in watching the below video. Eidos Montreal have provided a small walkthrough video which shows off a little about the game’s starting point and jumps around until after he manages to get his augmentations back.

The whole video is narrated by lead narrative designer, Mary Demarle as she gives us a brief rundown of the DLC. Also she says that the extra content will provide roughly five hours of extra playtime. At first it seems like gameplay is focused heavily upon stealth, but there are always ways around that for our more violent friends huh?