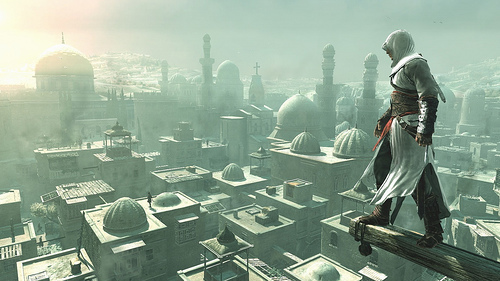 Let’s face it, November is going to be a blockbuster month for gaming. There are so many AAA titles being released in the first 15 days that most gamers are only going to be able to purchase a couple of titles during that time period, maybe not even that. So when your game is coming out amongst the biggest competition all year long, your going to need a bit of an edge.

Of course you can also only give that edge to one console if that is what floats your boat. Ubisoft has just announced that first runs of Assassin’s Creed: Revelations will contain the original Assassin’s Creed title as well. Whether or not it will be physical media or a download code was not mentioned at this time, but considering the massive amount of backstory that the whole series requires, this is a nice little addition to help sway gamer’s decisions. Too bad about the Xbox 360 version huh?